Every emotion Ronaldo went through during the Euro ’16 final

Histrionics that would put most Bollywood stars to shame 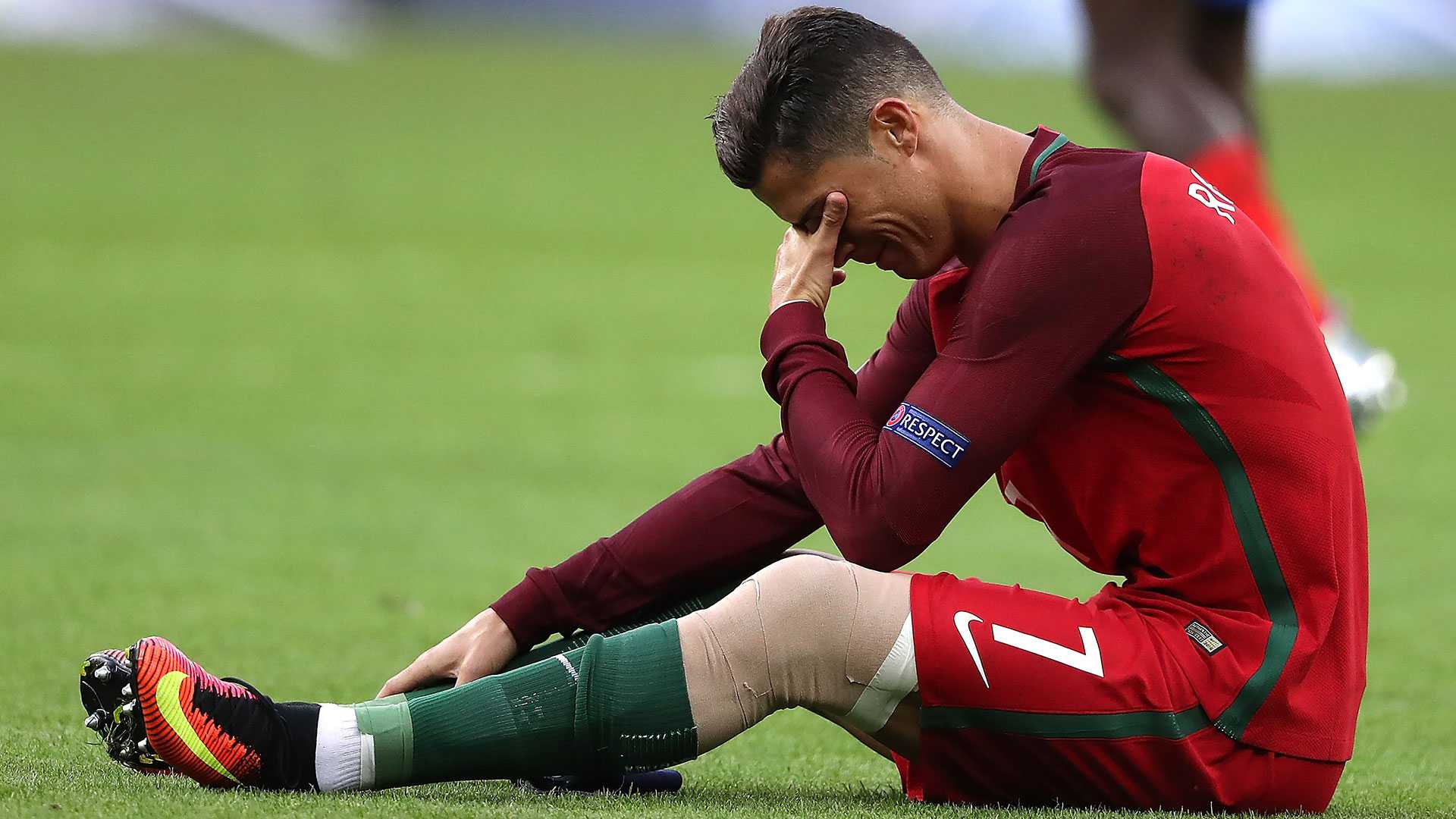 Not the fact that he’s considered God’s gift to football… or maybe even God himself. Nor that despite suffering a debilitating injury to the knee in the first half of last night’s Euro ’16 final, he fought — for a few valiant minutes — to stay in the game. Not even the fact that his body is one evolution cycle ahead of Photoshop.

No, what makes Ronaldo a real man, is that despite having more testosterone than the entire French team combined, the man isn’t afraid to let those emotions fly wild and free on the field.

First, it was the devastation of knowing that his country’s best chance of winning the final was obliterated, along with his knee. Then, the sight of an unexpected goal in the dying moments of the game, a 109th-minute saving grace from Eder. The moment caused Ronaldo to damn near levitate.

Before the 25th minute of the first half, Ronaldo is on the ground, screaming in pain after a tackle from France’s Dimitri Payet.

Despite fighting to stay in the game for 17 minutes, the injury proves to be too much for Ronaldo. He weeps openly, realising his team’s best chance at grabbing that silver cup may be over.

The game has turned. An unexpected goal in the 109th minute from Eder is all Portugal needs to vanquish the home team.

What’s a celebration without a shirtless Ronaldo moment?

Often accused of being a selfish player, Ronaldo doesn’t forget to recognise the contributions of his teammates and support staff. “I’d like to thank my teammates, our coach, our wider team in this Euro, the Portuguese people and all the expats who were always with us, cheering for us from the beginning.”

Despite being one of the fittest players in the business, many pundits predicted that the 31-year-old player was fighting against time in his quest to win an international tournament in Portuguese colours. Oh, the sweet smell of a dream realised.

There’s nothing and no one else Ronaldo would rather be kissing in this moment.

This is the moment Ronaldo describes as “one of the happiest moments in my career. I’ve always said I wanted to win a trophy with the national team and make history.”